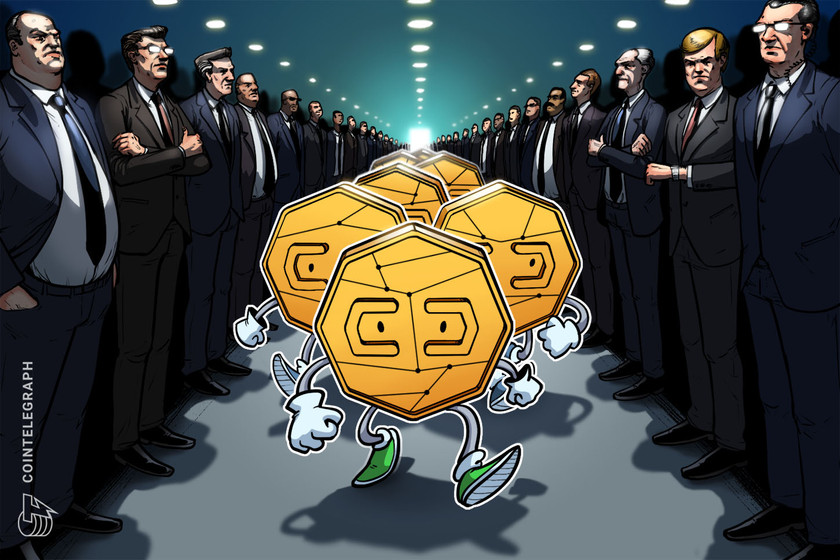 As the adoption of crypto takes off, the industry is exerting increasing influence on American society. This can be seen in its lobbying efforts and political action committees, for example, and in its own organizational efforts, such as business associations that promote it at the state, regional and national levels. Another way crypto is influencing society is through self-regulation.

The broader impact of self-regulation may be less apparent than when a PAC finances a political campaign or a startup is nurtured in a crypto industry-sponsored accelerator, and that limited visibility probably reflects the extent of self-regulatory organizations’ (SROs) influence at present. But SROs are helping shape the crypto industry itself, and they may eventually have a role in the crypto regulatory framework that is beginning to come out of the U.S. federal government.

The first crypto SROs formed outside the United States. The Virtual Commodity Association, proposed by Gemini in March 2018, is considered the first attempt to create a U.S. crypto SRO. Its stated mission is “to establish an industry-sponsored, self-regulatory organization (SRO) designation for U.S. cryptocurrency marketplaces to oversee virtual commodity marketplaces.” To that end, it formed as a working group with Gemini and bitFlyer as members, and established an assortment of committees the following year. The organization is not yet very active.

Later in 2018, a group of ten financial and tech firms created the Association for Digital Asset Markets (ADAM). According to the ADAM website, it now has 31 members and five partnering law firms.

Robert Baldwin, head of policy at ADAM, told Cointelegraph the organization is a standard-setting body that seeks to protect the spot market for digital assets. It provides insights “on the Hill,” interacting mainly through written comments, crypto “sprints” and meetings with stakeholders.

Industry efforts to set standards are likely seen favorably by regulators, Anthony Tu-Sekine, head of the blockchain and cryptocurrency group at Seward & Kissel LLP, told Cointelegraph, but establishing an SRO with authorities delegated by regulatory bodies would likely require congressional backing, and it would need to be registered in accordance with the Securities Exchange Act of 1934.

Getting that done “would be a big lift,” according to Tu-Sekine, especially for a cryptocurrency exchange, since it would list both securities and commodities and would have to deal with both the Securities and Exchange Commission (SEC) and the Commodity Futures Trading Commission (CFTC).

ADAM may get the boost it needs from Congress, however, if Sens. Lummis and Gillibrand’s forthcoming crypto bill becomes law. It reportedly calls for the creation of an industry SRO.

An important function of a U.S. SRO is to provide uniformity across the jumble of state laws and the underdeveloped federal regulatory framework. As President Biden’s Executive Order on Ensuring Responsible Development of Digital Assets goes into effect, the federal government will begin filling in the missing pieces in regulation, and the potential role of an SRO will change.

In his April 4 speech at the University of Pennsylvania, SEC Chairman Gary Gensler emphasized, “There’s no reason to treat the crypto market differently just because different technology is used,” indicating that he sees a clear path for regulatory efforts already.

The SEC and CFTC each “has decades of history and precedent for determining what is a security and what is a commodity, and they can see their places on the crypto market,” Andrew Lom, global head of private wealth at Norton Rose Fulbright US LLP, told Cointelegraph. The agencies have come into conflict over the years, but have also cooperated in important ways, such as under the Dodd Frank Act, and likely even more behind the scenes, he added.

A crypto-industry SRO could “provide the connective tissue between the regulations, and between the industry and government,” Baldwin said. He said he was optimistic about the future of crypto regulation. Spot markets will have a regulator of primary jurisdiction, and that will advance the asset class.

Tu-Sekine said possible functions for a cryptocurrency exchange SRO would include defining listing requirements, setting rules and operational procedures, and petitioning the SEC for rule amendments.

A matter of focus

Although ADAM states on its website that it “intends to build and maintain strong relationships with a wide range of stakeholders both inside and outside the U.S.,” its focus on “the Hill” is evident. It is, for instance, deeply engaged with FINRA Regulatory Notice 22-08. That SRO, it says, is overstepping its traditional mission and discouraging innovation by labelling some financial products “complex.”

Global DCA, as it is referred to, is based in Chicago and had 70 member organizations in at least 11 countries as of last week. It works with 15 global partners, including ones in the U.K., E.U., Nigeria, India, Kazakhstan, Armenia and Kosovo. Kusz said the organization is gaining about one new member a week. All members are vetted for their AML/KYC processes and alignment to the Global DCA code of conduct.

Kusz said the organization’s activities consist in standards setting, education and advocacy through the data collection, research and insight. Membership fees are used to finance free education. A certification program is planned to “assure competent professionals capable of meeting the needs of the market.” It also interacts with authorities, holding 37 “U.S. Congressional Meetings” in 2021.

Federal regulation is necessary but not sufficient, Kusz said. Rather, a holistic approach to a regulatory framework is needed. “Regulatory bodies need to move away from an adversarial role toward community management to help shape an ecosystem that works,” she said. “I am not fearful” about regulation, she continued, “but optimistic.”

“It will take multiple organizations to steward the industry and bring forward innovation. It’s not competitive,”

The Global DCA was joined this year by yet another self-regulatory effort. The Crypto Market Integrity Coalition (CMIC). The coalition was spearheaded by Solidus Labs and promotes a pledge to encourage “a fair digital asset marketplace to combat market abuse and manipulation and promote public and regulatory confidence” in crypto worldwide. “We welcome regulators who want to learn more about CMIC or have ideas about how industry can promote market integrity in digital asset markets to contact us,” according to its website. Its membership stood at 30 as of the beginning of this month.

Most patients have positive views about AI in medicine

Why does eating pineapple make your mouth tingle?

A perfectly ripe pineapple can be a hassle to find and carve, but once you're down to those...

What is a Tudor Style House? A Style With History

Whether you’re looking for a little slice of history, a home that’s uniquely charming, or one that looks...

View gallery Brooklyn Beckham, 23, and his wife Nicola Peltz, 27, seem to be going as strong as ever!...

Kelly Rizzo will forever have a special place...

Web3 has brought a lot of excitement into...
Cryptocurrency

Dear Wall Street friend, I write this letter because...
Cryptocurrency

Crypto has been on a downward slope the...
Cryptocurrency

DeFi attacks are on the rise — Will the industry be able to stem the tide?

The decentralized finance (DeFi) industry has lost over...

Why does eating pineapple make your mouth tingle?

A perfectly ripe pineapple can be a hassle...
Real Estate

What is a Tudor Style House? A Style With History

Whether you’re looking for a little slice of...
World

Is it the end of the FAANG era? Why the market has turned against tech stocks

Web3 has brought a lot of excitement into...
Economy

The US-China trade war started with fusillades of...
Technology

“You begin to look over your shoulder”

The things Covid victims left behind