Jay Powell has sent his strongest signal yet that the Federal Reserve is prepared to raise interest rates by half a percentage point at its meeting next month as the US central bank steps up efforts to fight soaring inflation.

“It is appropriate in my view to be moving a little more quickly,” the Fed chair said at a panel hosted by the IMF on Thursday. “We make these decisions at the meeting and we’ll make them meeting by meeting, but I would say that 50 basis points will be on the table for . . . May.”

Powell’s comments underscored a shift in tone from several Fed officials, who have recently embraced the need for the central bank to take more forceful action to tame the highest inflation in 40 years.

The view that the Fed should “front load” increases to its main policy rate so it quickly reaches a “neutral” level that does not stimulate growth was held only by the most hawkish officials, but it has become more widely accepted.

Powell on Thursday indicated tacit support for that approach, suggesting multiple half-point rate increases could be implemented this year.

“We’re really going to be raising rates and getting expeditiously to levels that are more neutral and then that are actually tightening policy if that turns out to be appropriate once we get there,” he said.

Markets are pricing in three half-point rate rises for the next three policy meetings leading up to July, with the central bank moving to quarter-point increases after that point so that the federal funds rate reaches 2.77 per cent by the end of the year.

Its current target range is 0.25 per cent to 0.50 per cent, a level reached in March after the Fed delivered its first rate increase since 2018.

The Fed is also set to soon begin shrinking its $9tn balance sheet, aiming for a monthly reduction of as much as $95bn that is likely to officially kick off in June.

Lagarde suggested the ECB would be less aggressive than the Fed in acting to quell inflation, especially in light of mounting risks to the bloc’s growth and the fact that price pressures in Europe broadly stem from supply-related constraints.

“It needs to be addressed in a sequential, flexible, gradual way, which is what we have begun doing,” she said, with the ECB deciding in June at what point in the third quarter it will stop purchasing government bonds. 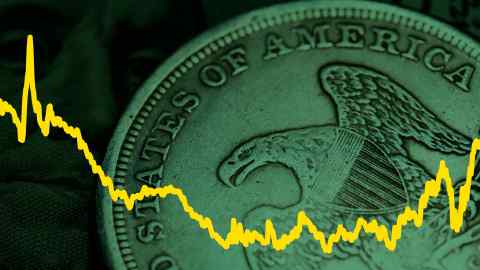 “That will then lead us to assess whether or not an interest [rate] hike is needed,” Lagarde said.

She added: “For goodness sake, let’s wait until we have the data and then we move on to decide.”

Powell also pushed back on concerns that the effort to tighten monetary policy will result in a recession, pointing to the historically strong labour market, which he said was “unsustainably hot”. But he acknowledged it would be difficult to achieve a so-called soft landing.

For some companies, it is not the number of plans that received a high rating that's significant, but...

In the most important J6th trial to date, U.S. District Court Judge Mehta refused to...

While we should all try to get most of our essential nutrients from whole foods, the right dietary...

7 Tips for Staying Organized With Your New Roommates

Living with roommates can be a lot of fun and save you money, but it can also get...

Some of the famed stone heads of Easter Island have been damaged in a massive wildfire.“The moai are...

Shade Or No Shade?? King Charles’ Nickname For Meghan Markle Could Go Either Way…

King Charles III had quite the inneresting nickname for Meghan Markle! In her book, The New Royals, royal expert...

3 events will set the market’s tone for October

This article is an on-site version of our...
- Advertisement -

US employment growth cooled in September

The robust pace of US jobs growth cooled...
Economy

UK businesses expect to raise their prices at...

In the most important J6th...
Science

While we should all try to get most...
Real Estate

7 Tips for Staying Organized With Your New Roommates

Living with roommates can be a lot of...
World

Some of the famed stone heads of Easter...
Entertainment

Shade Or No Shade?? King Charles’ Nickname For Meghan Markle Could Go Either Way…

King Charles III had quite the inneresting nickname...
Business

After graduating from college in 2005, Becky Guiles...
Cryptocurrency

US employment growth cooled in September

The robust pace of US jobs growth cooled...
Technology

Best iPhone (2022): Which Model Should You Actually Buy?

Pterosaurs may have evolved from tiny, fast-running reptiles

Block out the noise on your morning run with these AirPods Pro earbuds, now $40 off at Best Buy