Apple will increase pay for its workers in a bid to deal with inflationary pressures, unionisation efforts among employees and increasing competitiveness in the labour market.

The iPhone maker told staff on Wednesday that the hourly pay for US retail workers would rise to $22 per hour or more — up 45 per cent from 2018.

Rates outside the US, as well as starting salaries, are part of the planned increases but Apple declined to provide any details or disclose the size of its overall compensation budget.

The company will also pull forward some annual increases to July rather than in the autumn.

Apple announced the changes a week after a similar initiative from Microsoft. The iPhone maker’s plans were first reported by the Wall Street Journal.

Labour shortages coupled with the fallout of the coronavirus pandemic and homeworking trend have resulted in a strengthening of the worker’s moment in the US, with staff more willing to challenge employers and push back against policies to force them back to the office.

Apple staff have become increasingly vocal about working conditions at a number of its US stores, including the Grand Central location in New York, and have begun the process of forming unions.

Employees have cited the impact of Covid-19 and “once-in-a-generation consumer price inflation”, which has hit a 40-year high of 8.3 per cent in April.

Apple Store workers said they were galvanised by successful efforts at Starbucks, where staff at dozens of stores in at least 19 states have taken steps to form unions. 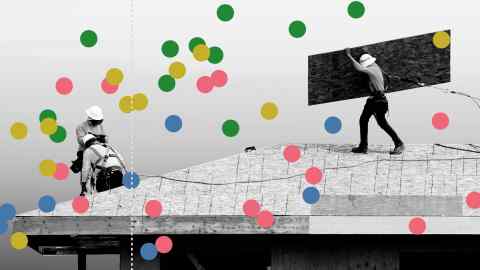 Greg Selker, managing director at law firm Stanton Chase, said the pandemic had “supercharged” multiple trends contributing to both workers and corporations re-examining pay, benefits and the use of physical spaces.

“All of these factors have led to a shift in the balance in terms of hiring and seeking new employment, where the power is now much more in the hands of the sought-after employees than anywhere else,” he said.

Amazon has also been under pressure. In December, the National Labor Relations Board required the ecommerce giant to post public notices telling employees they had the right to organise with colleagues without interference.

For viewers, one of the joys of Netflix has been the ability to gorge on hours of top-class...

Inflationary pressures ease in US and China

This article is an onsite version of our...

For viewers, one of the joys of Netflix...
Economy

Children are feeling the effect of the UK’s...

Though the United States Department of Veterans Affairs...
Healthcare

Watch This Episode On YouTube Or RumbleListen To...
Load more

The US and China are decoupling, but not as fast as you think

Here’s what it means for

The 14 Most Powerful MCU Weapons, Ranked