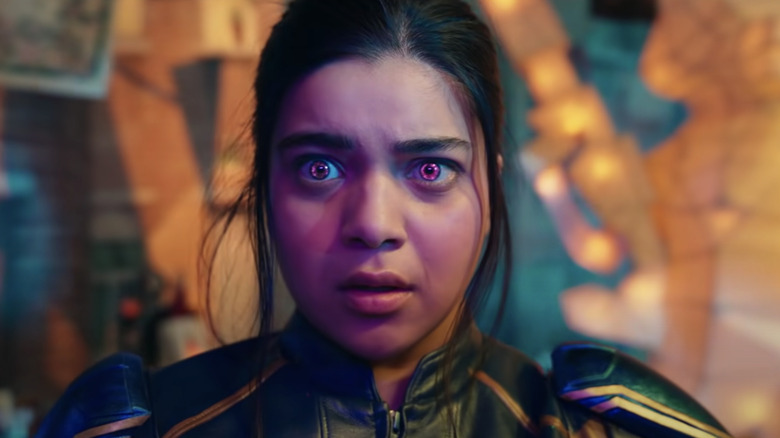 When “Black Widow” came along in 2021, it was only the second Marvel Studios film out of a full two dozen to be centered on a female superhero, with “Captain Marvel” being the first. “Ms. Marvel” is in a similar position in that it’s only Marvel’s second Disney+ series after “WandaVision” to put a female hero front and center. It’s also the first to feature a Muslim hero.

Kamala Khan (Iman Vellani) is, in her own words, a brown girl from Jersey City who wears Avenger T-shirts to school and whose thought bubbles take the form of the Marvel Studios logo (perhaps an unintentional reminder that we’re all being brainwashed by the superhero monopoly, but hey, let’s not poop on anyone’s parade). Her show, which premieres next week, is created by Bisha K. Ali, a British-Pakistani comedian whose previous screenwriting credits include “Lamentis,” the third episode of “Loki” season 1.

Ali recently replied to a fan tweet with a screenshot from “Ms. Marvel,” in which Kamala can be seen standing in front of a tribute wall to Iron Man and Black Widow, a.k.a. Natasha Romanoff (Scarlett Johansson). We’ve seen these kinds of murals memorializing Tony Stark before (“Spider-Man: Far from Home,” for instance, had Peter Parker looking up at a big one), but the armored Avenger’s mask is somewhat shadowed out here in favor of Natasha’s face, and this may be the first time she’s received her memorial due since sacrificing herself to save the universe in “Avengers: Endgame.”

Honestly the way I went off about the tragedy of Natasha Romanoff in the writersroom… we had to. https://t.co/slI592KWQH

As you can see, the mural thanks Black Widow for her sacrifice, which apparently was a hot topic in the “Ms. Marvel” writers’ room. Ali wrote, “Honestly the way I went off about the tragedy of Natasha Romanoff in the writersroom [sic] … we had to.”

The Real Tragedy Of Natasha Romanoff 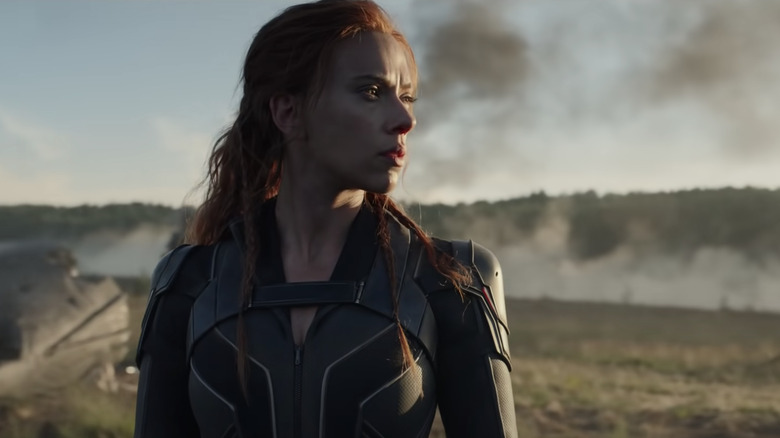 When Ali talks about “the tragedy of Natasha Romanoff,” she may just be referring to the character’s “Endgame” fate, but it’s also somewhat sad that Black Widow only got her own movie after her character was dead in the present continuity. There was a time when heroines like her and Gamora of “Guardians of the Galaxy” were even left out of team merchandise, perhaps because Marvel Studios was still answering to Ike Perlmutter and the infamous Marvel Creative Committee. Rebecca Hall was originally meant to be the main villain of “Iron Man 3,” too, only to have her role reduced and to be killed off in an unceremonious fashion because she wouldn’t have sold as many action figures.

Maybe that’s the real tragedy of Black Widow: that she was only free to have her own solo adventure after she, too, was killed off. There are signs that things are changing now, however, as Marvel has not one but two women-fronted shows in the immediate pipeline, with “She-Hulk: Attorney at Law” smashing her way onto Disney+ this summer a month after “Ms. Marvel” wraps up.

In the trailer for “Ms. Marvel,” Kamala Khan says, “I spend too much time in fantasy land,” and she’s not talking about the fantasy-themed area in Disneyland (though it wouldn’t be surprising if they started doing Ms. Marvel character greetings there after the show airs). Fortunately, shows like this are possible now outside the realm of fantasy thanks indeed to Black Widow’s sacrifice.

US ‘past peak inflation’ after Tesla sells 90% of Bitcoin

Bitcoin (BTC) is in short supply at Tesla,...
- Advertisement -

Consistency is one of the most important things...
Entertainment

View gallery The ladies of The Real Housewives of...
Entertainment

Finding The Right Comedy Ratio Was Crucial For Naruto

"Naruto" is not always about fun-filled shenanigans or...
Entertainment

Khloé Kardashian is in no hurry to figure...

Will You Need a Cosigner For Your Apartment?