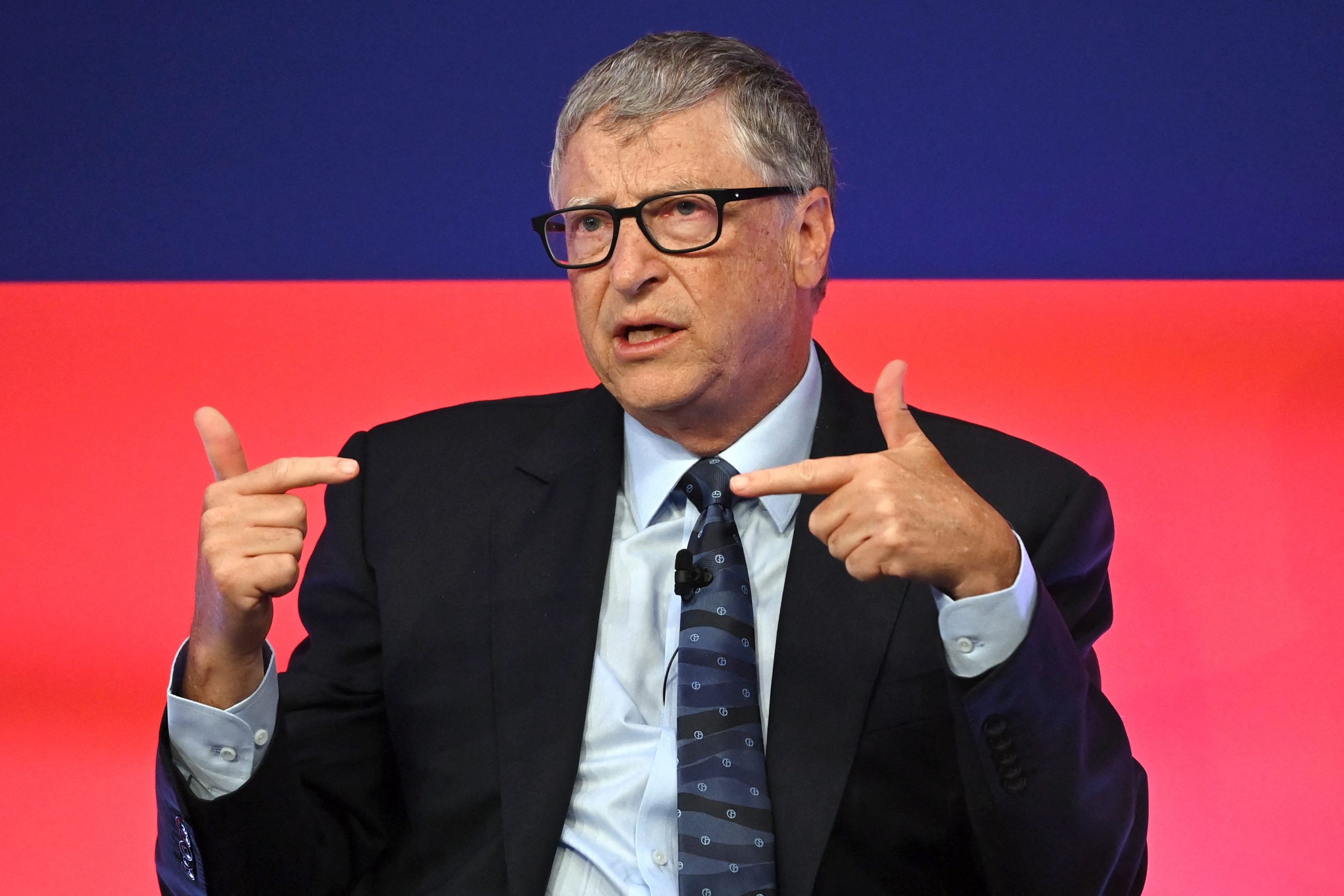 On Aug. 4, New York health authorities announced they had detected polio in wastewater samples from two countries north of New York City. Officials called the results, along with a confirmed case of polio in New York’s Rockland County in July, the “tip of the iceberg” for a wider polio outbreak of the disease that can cause paralysis.

Gates—a longtime champion of polio eradication—weighed in Monday, calling the news an “urgent reminder” that “until we #EndPolio for good, it remains a threat to us all,” on Twitter.

“The global eradication strategy must be fully supported to protect people everywhere,” wrote Gates, a Microsoft co-founder and the world’s fifth-richest man with a net worth of $118 billion.

Gates tweeted a similar warning about the threat of polio in July, after New York health authorities announced the discovery of a single case of paralytic polio in an unvaccinated young adult.

Gates, through the Bill and Melinda Gates Foundation, has been a vocal advocate for eradicating polio for years. The Foundation is one of several partners in the Polio Global Eradication Initiative (PGEI), alongside organizations like the World Health Organization, the U.S. Centers for Disease Control and Prevention, and the United Nations Children’s Fund (UNICEF). The PGEI hopes to eradicate polio in the wild by 2026.

The Gates Foundation has donated $4.2 billion to the GPEI, and in 2020 alone provided about 47% of the Initiative’s total funds, making it the largest donor ahead of the U.S. government.

Despite new evidence of polio in New York, the campaign to eradicate the disease has been one of the world’s most successful public health initiatives. There were 350,000 cases of polio in 1988, when the GPEI was founded. That total has fallen to 688 in 2021. Two of polio’s three strains have been eradicated.

The World Health Organization considers polio to be endemic in Pakistan and Afghanistan, meaning that the polio virus still exists in the wild. Outbreaks in other countries are either sparked by imported cases, or spread by an individual who received the oral polio vaccine, which uses a weakened, but not inactivated, polio virus that can then infect unvaccinated individuals.

According to the CDC, many carriers of the poliovirus are asymptomatic, and one in four will get flu-like symptoms. However, somewhere between one and five in a thousand cases can suffer from serious and life-threatening symptoms, like paralysis. Even those who recover can have symptoms like muscle weakness and paralysis return years later in a long-lasting condition known as post-polio syndrome.

Rockland Country has some of the lowest overall vaccination rates in New York state, including for polio, with only about 60% of young children getting the required three doses for full protection. In 2019, the county was hit by a severe measles outbreak that forced the government to remove thousands of unvaccinated children from schools.

Efforts to fight the COVID-19 pandemic may be diverting resources away from public health campaigns like polio eradication. Global vaccination coverage for polio fell to 80% in 2021, down from 86% in 2019.

On July 22, Gates called the drop in vaccination rates “heartbreaking” on Twitter, saying that “there’s a lot of work ahead to get back to, and eventually exceed, pre-pandemic vaccination levels.”

Sign up for the Fortune Features email list so you don’t miss our biggest features, exclusive interviews, and investigations.

The Health and Human Services Department has unveiled a public database that provides unprecedented access to information about...

A three-bedroom, three-bathroom home on Clearwater Lake in Pinewood has been listed for $1.3 million.  The 5,012-square-foot home is...

View gallery Emily Ratajkowski, 31, is no stranger to dating in the spotlight. The gorgeous model has gotten attention...

How to deal with the problem of ‘submerging markets’

The writer is head of global equity at...

One will often hear, “Ignorance of the law...
- Advertisement -

The U.S. housing market is experiencing one of...
Business

Why are so many people so unhappy at work?

A three-bedroom, three-bathroom home on Clearwater Lake in...
World

View gallery Emily Ratajkowski, 31, is no stranger to...
Business

“This is the first time we’ve actually attempted...
Load more